A Warning to The Curious

Devised by the company after the stories of M. R. James. 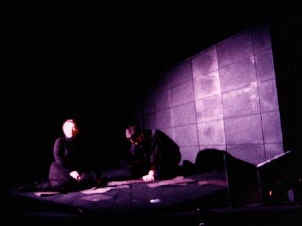 The illusion of a perspective black box suited the staging of three ghost stories from three time periods, focusing on actors in constant changing states. The shape of black costumes changed throughout, hinting at period, helping character, sculpted by clever lighting through many secret panels in walls, ceilings and floor. Some of the panels were rubber allowing the walls to change shape. Finally the whole set opened to create the tunnels of a Maze, an entirely different space allowing freedom of movement and liberating light. We worked collaboratively to create “jelly time” where set, lighting costume, music and actors worked in continuously altering harmony. 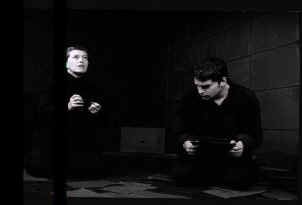 This design was part of the Great Britain entry to the 1999 Prague Quadrennial and is currently in the Theatre Museum Covent Garden.

Return to top of page