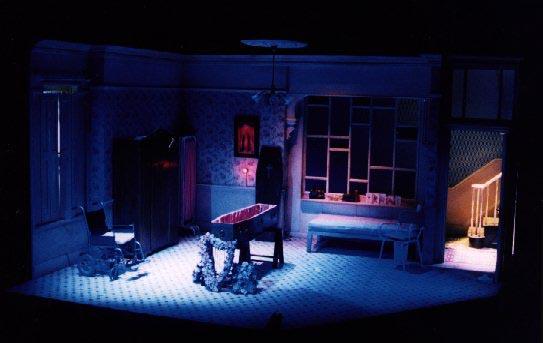 Orton rebelled against traditional ‘box set’ productions of the Fifties. But in order for the play to work the box set had to be there too. The Drum is a flexible open studio space but adding a conventional proscenium arch gave a framework for the play to work within. In Act One the whole box set began slowly to tilt sideways, taking the whole of the Act to reach its final raked position. The glass eyeball rolls down the stage quite literally into Truscott’s hands finalising Act One. The stage tilted back to its straight position throughout  Act Two as the equilibrium in the House is restored.

Return to top of page